As modern as we all think of ourselves, most of us live in traditional houses because we like how comfortable we feel in them. When choosing light fixtures for those same houses, our choices are usually based on:
1-     the latest fad such as: downlights, halogen, compact fluorescents or LEDs;
2-     the style and period of our house
3-     personal taste.
Without downplaying the role of fad, style, or taste, this article discusses a more informed basis for making such decision based on basic principles that come from my own experience with clients, lighting consultants, and decorators. 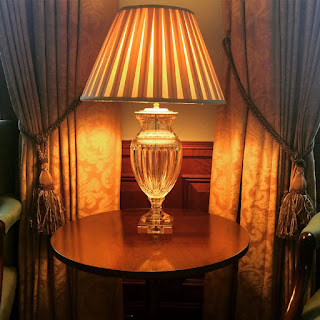 In the USA, the IES (Illuminating Engineering Society) provides guidelines for how much illumination is required for certain tasks such as an office environment, a lab, retail stores, etc. In houses, activities such as: cooking, shaving, and reading (for instance) are tasks that require a higher level of illumination than watching TV or lounging. There are areas of the house such as the dining room, the living room or family room where the light levels should be able to be varied (by using dimmers) so that different moods can be obtained: lighting for a party mode, for relaxing, or even for cleaning. Accent lighting is typically used for highlighting art or for accentuating a backdrop or wall. 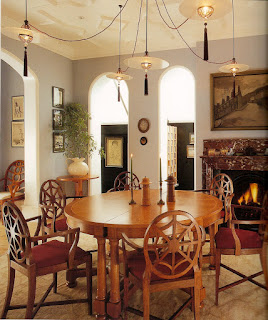 A combination of lamps or “lighting instruments” can be used in every room of the house to successfully illuminate the room; this is usually referred to as “layering”. Chandeliers, pendants, table lamps, and floor lamps or “torchieres” provide general illumination. Sometimes table or floor lamps can be used for task lighting such as reading. In most cases, accent lights are either pin-hole type or down lights aimed at a particular object. 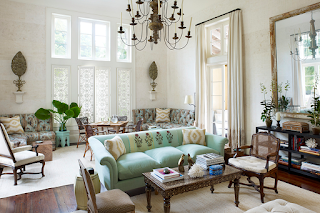 Illumination power is measured in foot-candles or lumens. A lumen is the amount of light that is given off by a candle in the middle of a 1 ft radiused sphere coming out through a 1 ft diameter hole. A typical 60 watt incandescent lamp puts out 800 lumens. If we take that same candle and we put it 1 ft away from a surface and measure 1 sf on that surface, the amount of light that illuminates that surface is 1 lumen per sf which is the same as 1 foot-candle. The IES recommends light levels in foot-candles. In countries using the metric system the lux is used. 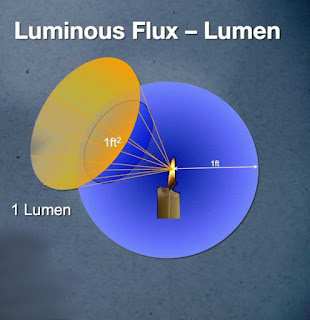 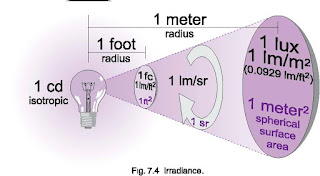 For the past 135 years we used incandescent lamps in our houses.  The light color that this gives off is measured in degrees Kelvin (which is a thermodynamic unit of measurement). Incandescent fixtures have a temperature of around 2,700 degrees.  Fluorescent fixtures fall between 4,300 and 4,700 degrees Kelvin. Daylight (at noon) is around 5,000 degrees Kelvin. These higher temperatures produce shorter wavelengths which tend to make things look somewhat blue/green and garish so naturally we shy away from them when choosing lights for our houses.

When choosing light fixtures for classical or traditional houses one must start with the room; what is its use, its size, and its hierarchy in the house? Powder rooms, kitchens, dining rooms, living rooms, libraries, bedrooms, and bathrooms all have different kinds of lights fixtures. Like door hardware and plumbing fittings, light fixtures can either dress up or dress down a room. One also needs to pay attention to proportion, choosing a small chandelier for a big room can be just as bad as choosing a large piece for a tiny room. 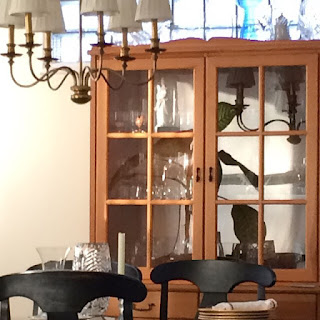 Since light spreads equally in all directions from its source, the way to make sure a room is evenly lit is to have the fixtures an equal distance from each other and half that distance to the walls (when the fixtures are at the perimeter of a room). This principle applies to rooms that need to be evenly lit such as kitchens, and in some cases corridors, or grand rooms such as ball rooms. 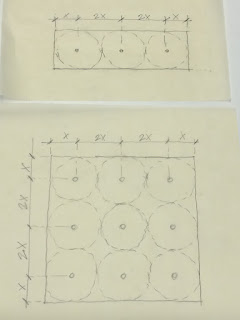 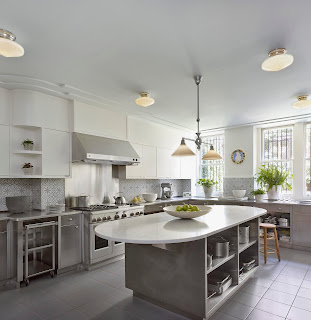 In most houses rooms are not lit evenly instead, light follows seating groups which tend to be lit for task, general illumination, or accent. Living rooms typically do not use chandeliers, though this is not a hard rule; more likely they use floor and table lamps scattered throughout the room. Dining rooms, on the other hand usually have a chandelier that hangs at or slightly above eye level over the table. Depending on the size of the room, illumination can be augmented with sconces, art lights, or torchieres. 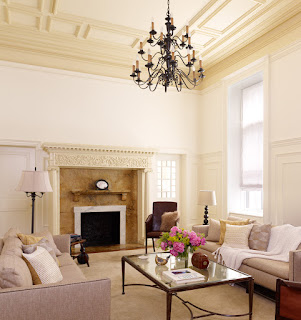 Kitchens use a combination of under-cabinet lights, task lights (sometimes provided by downlights or sconces) and general illumination which is typically provided by pendant lights. Kitchens and bathrooms tend to need greater levels of illumination than bedrooms and living rooms. 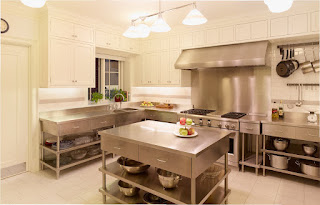 Powder rooms and bathrooms may use sconces above or at the sides of mirrors.  In addition to providing the obvious task illumination, this makes a beautiful impression upon entering these rooms. Surface mounted ceiling fixtures are typically used for general illumination. 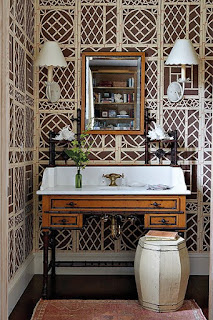 Bedrooms tend to use a combination of bedside lamps, sconces, and floor mounted lights. Ceiling lights can be surface mounted or pendants depending on the ceiling height. Chandeliers are rarely used in bedrooms but they are not out of the question, it all depends on the type of house, the size of the room, and the general ambiance that is being created. 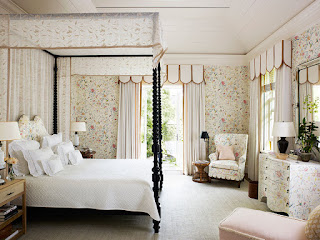 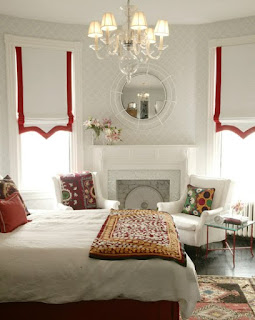 Lighting houses demands sound judgment based on experience and the preferences of the Owners.  Some clients want a lot of light, others prefer a more subdued lighting scheme.  Keeping in mind the principles mentioned above will make a complicated and difficult task a bit more informed. Given the nature of some jobs it is sometimes advisable to use a lighting consultant particularly in sensitive areas such as rooms with art, dressing rooms, or areas that may need downlights for a specific task.

Posted by Designs for Better Living at 7:56 AM